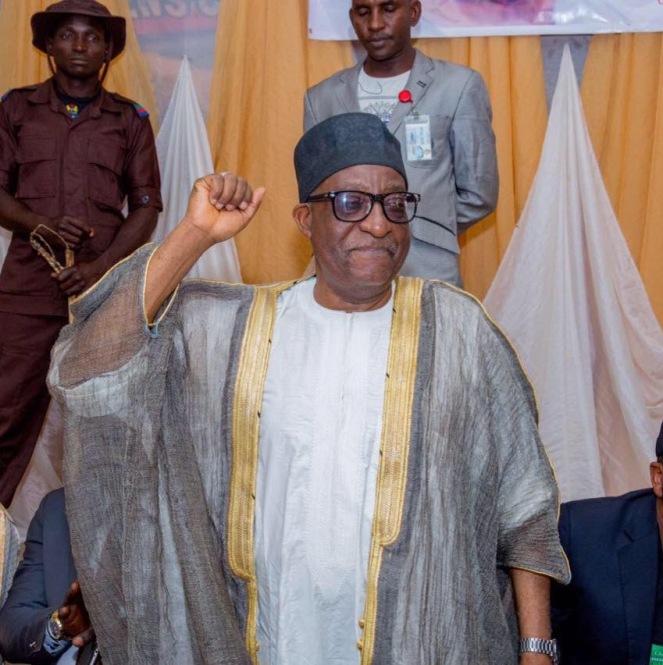 The newly elected Life Patron of the Nigeria Textile Manufacturers Association, Senator Walid Jibrin has said the partial closure of Nigeria’s land borders by President Muhammadu Buhari is a blessing to the ailing textile industry in the country.

The  Second Republic Senator told journalists in Kaduna  shortly after his election, that the border closure had reduced the rate of smuggling of textile fabrics into the country.

This, he said, was a plus for the Buhari regime aimed at the revival of the ailing textile industry.

Jibrin, who identified smuggling as one of the major challenges militating against the industry, noted that the textile sector of the economy gladly welcomed the border closure by the Federal Government.

Aside from that (smuggling), he said, the industry(textile) was in dare need of adequate electricity supply to revive the sector which once boost the nation’s economy.

Senator Walid regardless of his political leaning, congratulates the Government for turning attention to the Industry, especially in the areas of trying to curb smuggling by introducing policies aimed towards reviving the Industry.

“The Textiles Industry welcomes the closure of Nigerian Boarders which has tremendously reduced the rate of smuggling of Textiles Fabrics to Nigeria.

“The Textile Industry is in dire need of adequate electricity to aid its production as against the use of 70% generator as against 30% NEPA usage.

“The Industry also appreciates the Government through the CBN for giving support to Cotton Production and Textile
Industry to produce made in Nigeria uniforms for the Armed Forces, Immigration, Customs, and Prison.

“The Bank of Industries has done very well in giving Loans to the Industry. Once the Industry is revived , there is guarantee for adequate employment in Nigeria.” he said.

Senator Walid Jibrin, Sarkin Fulani Nasarawa, who have served the industry for over 45 years,  was unanimously elected as the Life Patron by the Textiles Manufacturers Association of Nigeria at its’ Annual General Meeting in Kaduna recently.