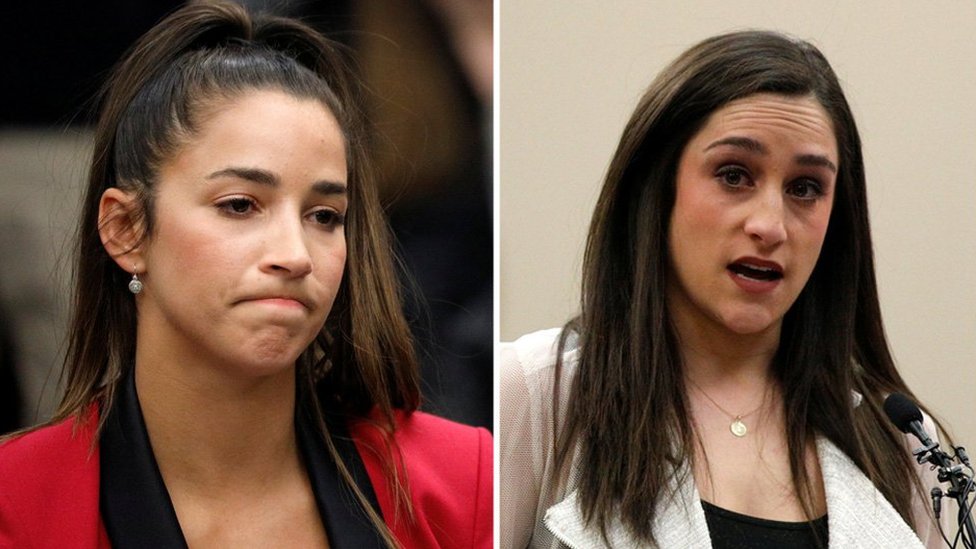 A gold-medal winning Olympian has confronted disgraced USA Gymnastics doctor Larry Nassar at his sentencing to reveal he abused her, too.

Jordyn Wieber is the fourth member of the Fierce Five, the winning 2012 Summer Olympics squad, to accuse him.

She joins teammates Aly Raisman, Gabby Douglas and McKayla Maroney, who all said Nassar, 54, molested them.

More than 100 victims have come forward. Nassar admitted 10 criminal counts and could face life in prison.

In emotional testimony, 22-year-old Ms Wieber delivered her statement in court near Lansing, Michigan, on Friday.

“I thought that training for the Olympics would be the hardest thing that I would ever have to do,” she said.

“But, in fact, the hardest thing I ever had to do is process that I am a victim of Larry Nassar.”

The judge has allowed scores of Nassar’s victims to address him in court.

For four days this week courtroom number five at Ingham County Court has been the scene of powerful testimony. Young women have taken the stand to do what few survivors of sexual abuse ever get the chance to do – confront their attacker.

The public seating area has been packed, as gymnasts and their families support each other. Tissue boxes are scattered across seats – the testimony has been emotional.

All the while, Larry Nassar, the doctor they say violated them, has been sitting feet away. At one stage he was told to look up.

Survivors here don’t just want him sentenced to life, they want him – the man they trusted – to face up to what he did.

The impact of this case can’t be underestimated. By Friday lunchtime around 80 women had shared testimony.

But more than 100 say they plan to, as the hearings extend into next week.

Ms Wieber, standing next to her teammate Ms Raisman, told a Michigan court she was first molested by Nasser at age 14.

She told the court Nassar had often been one of the only men allowed at training camp in Texas and he would sometimes be in their hotel rooms alone and unsupervised.

Nassar had also worked as a team physician for Michigan State University.

Her teammate and fellow gold medallist, Ms Raisman, delivered a stirring speech on Friday, calling the women who have come forward an “army of survivors”.

“The tables have turned, Larry,” Ms Raisman continued. “We are here. We have our voices, and we are not going anywhere.”

Ms Raisman added: “I am here to face you, Larry, so you can see I have regained my strength, that I’m no longer a victim. I’m a survivor.

“Larry, you do realise now that we, this group of women you so heartlessly abused over such a long period of time, are now a force and you are nothing.”

Nassar’s sentencing could continue into Monday as victims continue to come forward.

He already faces 60 years behind bars after pleading guilty to child pornography charges.